In the Arab world, sectarianism is real, sects are not

Analysis of Arab societies through sectarianism does not grasp the complex dynamics of identity politics in the region. 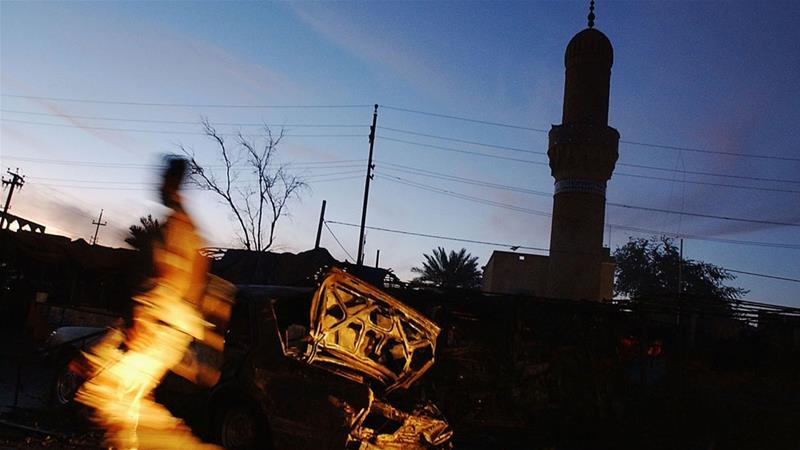 Beirut – Last week, Saudi writer and journalist, Jamal Khashoggi, wrote a piece in the London-based al-Hayat newspaper in which he argued that “Sunnis” were targeted as a group and called on them to ‘defend themselves as a sect’.

Such flawed, reductionist and ill-informed analysis contributes to little more than reminding us that sectarianism is actually a fait accompli.

Sectarianism is real. It is neither a myth, nor an illusion. It is real in its implications and its revelations in our everyday life. In many countries in the Middle East and beyond, sectarianism is experienced as a tool for identification, political organisation, discrimination, othering or alienation.

It operates at the social level as a form of everyday identity marker; but, more importantly, it also operates at the political and economic level and becomes a tool for party recruitment and mobilisation, as we are witnessing today in many parts of the Arab world.

Sectarianism, as a constructed phenomenon, had – and still has – a real impact in shaping societies and organising social and political life.

A brief history of sectarianism

However, sectarianism has not always existed. It is not an ancient phenomenon, and it surely does not have its roots in age-old feuds, as many analysts try to explain today. In fact, sectarianism is modern. It infiltrated the Arab region in the early 19th century with the development of capitalism and the rise of nation states.

For example, the French colonisers had clearly favoured the Christian leaders in Lebanon and have played a crucial role in shaping the country’s power-sharing system on terms that are advantageous to their “Christian” allies.

In fact, whereas religious and sectarian identities were numerous in the Arab region before the 19th century, their relevance remained at the social level in terms of differences in rituals and traditions.

It was only later that these identities became politicised – and institutionalised –  giving birth to the phenomenon now referred to as “sectarianism”. In this sense, sectarianism, as a constructed phenomenon, had – and still has – a real impact in shaping societies and organising social and political life.

Since its inception, sectarianism has been consciously devised and used by local political leaders and regional powers to either maintain their positions of power or to access more power. Equally, sectarianism has also been used by ordinary people to access goods and services through systems of clientelism that quickly flourish in the absence of state-provided welfare.

Thus, far from being a question of emotions or fixed cultural identities, sectarianism is a rational phenomenon that functions to the benefit of its adopters, however irrational that might appear.

Is the war in Syria today really one between the ‘Alawis’ and the ‘Sunnis’? Or is it between the Assad regime and its regional and international backers, and the various opposition groups and their backers? Is ISIL not targeting ‘Sunnis’? Is the Assad regime not targeting some Alawis? How did we get to reduce the world so much, and in such inaccurate ways, in our analysis?

Therefore, although constructed and historically malleable in its salience, sectarianism today is an undeniable social phenomenon in the Arab world.

However, saying that sectarianism is real does not imply that it is an all-encompassing explanatory variable that can be used to understand Arab societies in one go. This reductionist, and often orientalist, approach in explaining the Arab world does not help us grasp the complex dynamics of identity politics in the region.

While Arab societies have undergone major social, economic and political changes in the past few years, most analysts writing about the region are still focused almost solely on sectarianism as being the catalysts for the violence that the region is witnessing.

This simplistic approach has stirred a debate around sectarianism that is still fuelled by a wrong dichotomy: Is sectarianism real or not?  The crucial question lies elsewhere.

While it is difficult for anyone to convincingly argue that sectarianism does not exist, the more important question is actually to ask whether “sects”, as self-contained homogeneous groups, actually exist; and whether we have been adopting the right categories in attempting to explain sectarianism.

In his famous book The Shia Revival, Vali Nasr argues that the conflict between the “Sunnis” and the “Shias” will shape the future.

Or is it between the regime of Syrian President, Bashar al-Assad and its regional and international backers, and the various opposition groups and their backers? How do we make sense of the numerous internal divisions within sectarian categories in Syria? Is The Islamic State of Iraq and the Levant (ISIL, also known as ISIS) not targeting “Sunnis”? Is the Assad regime not targeting some Alawis? How did we get to reduce the world so much, and in such inaccurate ways, in our analysis?

Are the supporters of the Christian-based Free Patriotic Party in Lebanon similar to their political rivals in the Christian-based Phalange Party? Or are the “Christians” of Lebanon, Syria, Iraq and Egypt similar to those of France, Britain or the United States? Can we even speak of the “Christians” as such? Would this be an accurate depiction of reality? Are these categories transcendent to class divisions, regional divisions, and political division? More specifically, does sectarianism exist outside class dynamics? Doesn’t it interact and recreate itself within these dynamics?

Anyone with little knowledge of the Arab world would quickly understand that reality is much more complex and nuanced than those simplistic categories. In Lebanon today, the “Christians” are not one group.

Internal divisions between the main self-proclaimed “Christian” political parties have prevented the identity category from being the basis for a broader group formation. In other words, the sectarian identity remains a category (institutionalised by the state as a form of identification), but not a group in society.

Saying that one is “Christian” is no longer conflated with a political stance. And speaking of the “Christians” as one, does not make sense in the general political discourse.

This has become clear in the inability of the main Christian-based parties in Lebanon to reach consensus over the election of a President of the Republic, a seat reserved to the Christian Maronites.

Sects as units of analysis ‘problematic’

However, in cases where there is a sort of political homogeneity or domination by one political party, sectarian categories are often easily used interchangeably with political categories. This conflation between sectarian and political identities paves the way for the transformation of the categories into groups that are assumed to be self-contained and homogeneous.

For example, “Shia”, “Sunni” or “Alawi” identities are now heavily politically charged. This led to the conflation of these identity categories with political groupings that do not necessarily reflect the political aspirations of everyone belonging to the identity.

Just because political parties or leaders speak in the name of sectarian groups does not mean that we should assume that they truly represent the group, or even that the group, as a homogenous unit, exists all together.

This type of groupist approach, as the American sociologist Rogers Brubaker would call it, is found in most analyses that deal with the questions of sectarianism.

And conflating sect with politics is in fact very similar to conflating feminism with women. Whereas not all women are feminist, not all “Sunnis” or “Shias” are sectarian. Sectarianism, like feminism, is rather the result of traceable political and socio-economic developments that cannot be overlooked and reduced to simply identity groups.

In fact, one can rather argue that the formation of “sects”, as political groupings, is probably the results of sectarianism, or sectarian politics, and not its cause.

Although this detail might seem banal to some analysts, acknowledging that sects, as in self-contained homogeneous groups, do not pre-date sectarianism and do not exist as such is all one needs in order to be able to understand why the widespread analyses of sectarianism in the Arab region are mostly wrong, and are often resulting in policy prescriptions, such as consociational democracy, that are based on a wrong diagnosis.

*Assistant Professor of Sociology at the American University of Beirut.