“editorial standards are inversely proportional to a countys enemy status” 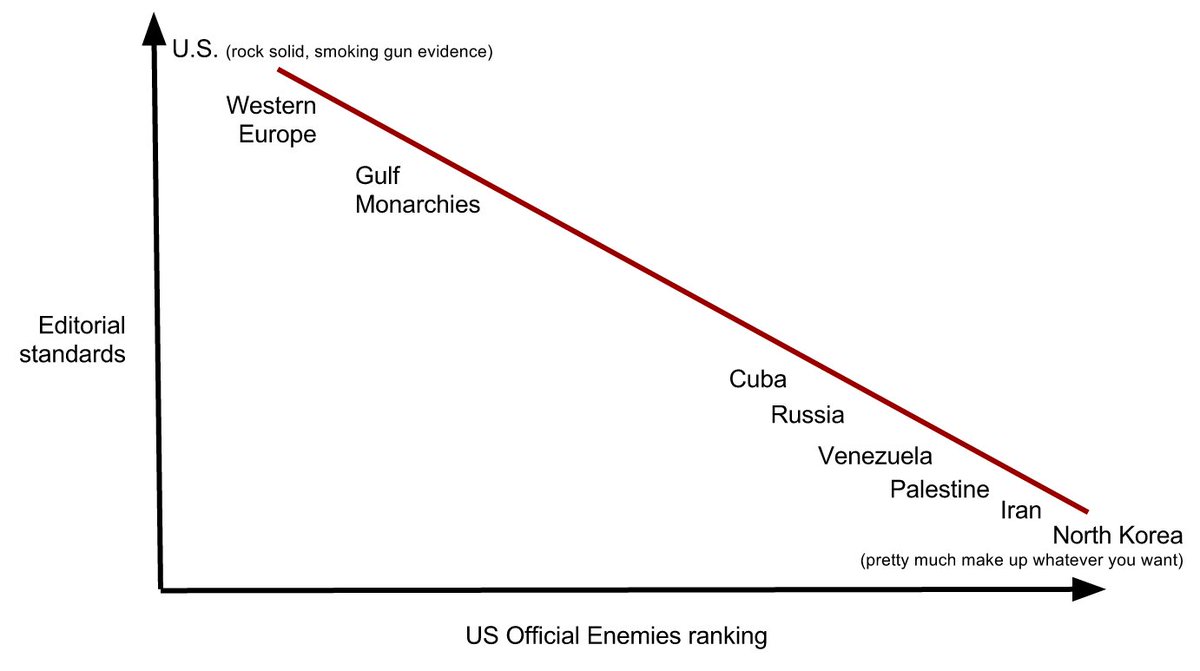 There is no Saddam Hussein. This guy’s name is John Gillnitz, we found him doing dinner theatre in Tulsa. Did a mean “King and I.” Plays good ethnics….I’m saying I invented the guy. We set him up in ’79. He rattles his saber whenever we need a good distraction. Morris Fletcher – The X Files

In truly perverse fashion, the newspapers have all suddenly remembered that Nuclear war is possible, and that it’s probably not a good idea. This is all built on the developing war of words between Trump’s administration and North Korea.

North Korea. Who haven’t successfully launched a missile further than their own backyard. Who have no money and no resources and no international pull. North Korea who are surrounded by larger, more powerful countries easily capable of applying pressure to resolve any situation (in fact just two days ago China, South Korea, Russia and…