Living with depression under capitalism

Kate Bradley writes about her experience of depression, the link between austerity and mental health problems and the ambivalent role that state services can play in mental health care.

The week before last, I spent almost 36 hours unmoving in the same place on my bed. My head was full of white noise and silence like an old radio. It was a month since I first got rediagnosed with depression and I felt like I had an emotional migraine. Every moment felt like the moment just after you get some bad news: that horror and sinking heart, but carried over from second to second, a waking nightmare. Everything was bad news. Small tasks were beyond me. What was the point in eating if you’d just have to eat again in 4 hours’ time? Life and everything in it appeared essentially meaningless. That meaninglessness was a void, an absence of any reason for keeping myself alive. I continually fantasised about painless ways to take myself out of the present, which appeared from every angle entirely hopeless – politically, materially and emotionally.

I don’t know if this describes anyone else’s experience. Depression is just a label, a term that collects together a set of symptoms that will be slightly different for everyone. It will manifest in different thoughts and produce different behaviour in each of us, bound together mainly by the nebulous self-reporting of ‘low-mood’. I realise that for some people, politics can be a distraction from anxiety and despair, but for me depression makes thinking about politics intolerable. Unlike when I’m ‘healthy’, when I stick rigidly to Gramsci’s ‘pessimism of the intellect, optimism of the will’, depressed I can’t gather the energy to hope. I see the left’s failure to make change in every news story and on every street corner.

I trace my depression to a cocktail of factors deeply rooted in the way capitalism functions. For a start, it’s clear that my depression is to a great degree caused by the psychic and material experience of ultra-capitalist London. London is a city geared for profit-making, an urban environment rebuilt continually to facilitate the transfer of wealth to the already-wealthy. Between long workdays in London, working-class people are assigned to small flats in densely-packed tower blocks, privately rented to maximise landlords’ profits. We live haphazardly in these little run-down spaces but can see from our windows the wealth rising through the system, as if it were gold bullion travelling up in the lifts to those top floors in the Shard. Every dream we’re taught to have is expensive, and most of us will never see the kind of money or freedom we’d need to live our ideal lives. My low mood is underpinned by my financial precariousness, a sense of alienation from others, and the oppression and harassment I face from men in the streets and in relationships. In this system it would almost be odd not to be unhappy sometimes. What sustains us is the capacity to fight for something better – to argue for it, organise for it, to play a small part in the struggle to reach it. 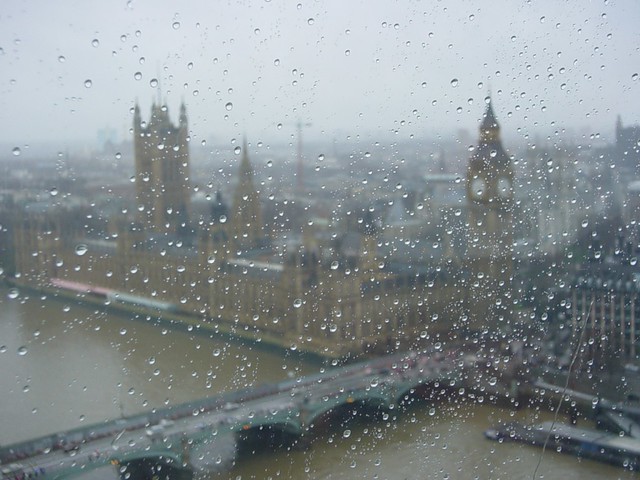 But depression is the flu of the left. Wherever you turn amongst activists, campaigners and left-wingers, there’s another person whose capacity for organising is undermined by their low mood, their anxiety or a sense of hopelessness. I don’t know the stats, but in a group of political friends recently, I realised that every single person around the table (about 8 people) had been diagnosed at some point with depression. We are shackled by it, and the numbers affected seem to be rising with time.

The frequency of depression speaks to our analyses of why it takes place: it is structural, at least partly caused by many of the forms of alienation, poverty and injustice which abound across the world in this stage of capitalism. And yet knowing that doesn’t make it easier, it can even make it worse, because it tells us that we will not be able to solve the problems ourselves; it’s not a breakage that needs fixing in our minds, it’s a breakage in society, and that in turn reflects and reinforces our inability to transform the conditions we live in.

Depression is not merely a personal affliction. People do not think and act in compartments, with politics on one side and emotions on another. Our worldviews and politics inform our other thoughts, which inform our moods, as well as vice versa. We are affected by changing political contexts, both in the ways that politics affects our access to services such as housing, work or healthcare, and through direct repression in the form of surveillance, policing and systemic oppression. As activists, we also interpret our world in ways that can make us feel worse: identifying and dwelling on the injustice we and others face without being able to change it significantly inevitably takes its psychological toll.

Coping with depression in the age of austerity

The most common approach that socialists take to reforming mental health services focuses on the level of service provision available to sufferers of mental health problems. And it’s true that the quality and quantity of care available are absolutely dire, as I’ve experienced during my most recent episode of depression. I’m reliant on the NHS in a busy part of London so I wasn’t expecting care to be immediate, but my experience has shocked me. No appointment has been longer than 8 minutes and 2 have been conducted by phone alone due to high demand. Each doctor – different every time – has essentially ignored my reports of the many side effects of my first prescription and has glanced over my suicidal thoughts as if they’re simply par for the course. I’ve been told to self-refer to counselling, which I gave up on after several unanswered calls. The flaws of NHS mental health services are worsened by austerity policies, which have led to cuts to services, huge waiting lists and strain on charities like Mind.

I’ve turned to various external helplines for support, but they’ve been pretty useless too. I’ve spent whole days on the phone searching for free services and getting nowhere. Whether they are state-funded or charity services, it doesn’t seem to change how overburdened they are and how eager they are to ‘signpost’ you to somewhere else. And that’s when the phone gets picked up at all. I could sing you the tunes of a dozen variants of hold music. The only helpline that’s consistently answered is the Samaritans, but counselling of this kind is a stop-gap solution for those with no programme of longer-term care.

Moreover, depression is expensive. Budgeting is an effort of the will in London, and when I’m depressed, I can make no efforts and have no will. Takeaways thrive off London’s mental health crisis. I will pick taxis over public transport when I can’t face the rush hour and sometimes try to beat back feelings of worthlessness with retail therapy I can’t afford. Pressures to remain in stable work and not take too much sick leave feel extra burdensome when a few weeks off could be all that stands between you and being chucked out of your home. All the while, I’m aware I should be grateful to have sick leave at all, since many don’t.

Depression under capitalism sucks, and when there are few services available to help it’s even worse. In these contexts, private healthcare practitioners swoop in like vultures, charging vast sums for therapy and care, and it suits them just fine that society keeps producing miserable new customers.

Despite my dependence on state services right now, I recognise that calling for better healthcare can’t solve depression as a societal problem on its own, as Hazel Croft argues persuasively in her piece on the politics of mental health. We should call for better NHS provisions for those facing mental health problems like depression, but we shouldn’t fall into the trap of conceiving mental health merely as a medical problem to be solved or prevented by medical intervention.

For all the valid celebration of the NHS and the need to keep it public, the healthcare system can play an ambivalent part in our lives when it comes to mental health. In one sense it’s merely pastoral, offering us care and medication where we need it, but it’s also a powerful authority whose job is to maintain control over access to restricted substances, and doctors often play a paternalistic gate-keeping role in people’s access to care. Doctors’ prejudices and personal opinions can alter the care we receive, and inevitably, understandings of what mental health problems are and how to treat them are affected by dominant political ideas about individual responsibility and what constitutes a ‘good’ citizen.

Insofar as it’s part of the socially-reproductive remit of the state, public healthcare has a stake in making populations efficient and healthy workers. This can seem fairly value-neutral in the case of many physical ailments: it is in my interest as much as my employer’s that I fix my broken leg, for instance. However, it can take on a more sinister edge in relation to mental health. What is defined as ‘healthy’ is so often based in value-laden conceptions of ‘happiness’ and ‘effectiveness’, and being told you’re ‘ill’ because you’re not functioning well enough as a worker has an obvious political motive. My depression is at least partly a reflection of the rubbish quality of my life as a working-class woman under capitalism, so attempts to numb me with pills and talking therapies are, in practice, ways to make life tolerable in material circumstances that are making me deeply unhappy. Mental health treatment can be a form of biopolitical control, keeping workers functional.

The coercive role of mental health diagnoses and treatment can maybe help us understand why the Conservatives are increasingly comfortable with using mental health as a talking point for the more ‘progressive’ in their ranks. With a depression epidemic on their hands, the Tories choose to stress the importance of mental health care without providing much additional funding, and so they ideologically reinforce the idea of ‘health’ as optimum working capacity while leaving the voluntary sector to deal with the burden of supporting the ‘mentally ill’.

An optimistic version of me would draw the conclusion from my experience of depression that there are two terrains to fight on as revolutionary socialists. Firstly, we can fight for better and more sustainable services to tide us over. Yet we should also be suspicious of the medical establishment’s role in our mental health, and fight for a system in which ‘health’ is not defined by one’s ability to be enthusiastic labourers while broke, exhausted and indentured to capital.