a “conspiracy” on the part of police and prosecutors in Glynn County, Ahmaud Arbery, attorneys involved in this case are being investigated for “criminal corruption” charges, George Barnhill, Gregory McMichael, Jackie Johnson, Lee Merritt, the 74-day period between the killing of Arbery and the arrest of the McMichaels, Travis McMichael, William Bryan

Attorney Lee Merritt, who is representing the family of Ahmaud Arbery, provided greater details on the background of the case in an interview conducted by the World Socialist Web Site on Wednesday.

This includes more background on the various district attorneys who handled the case prior to the Georgia Bureau of Investigation (GBI) taking over, as well as emerging evidence that local police directed neighbors to report suspicious activity directly to former police officer and retired District Attorney’s investigator Gregory McMichael, one of the vigilantes who killed Arbery, virtually deputizing him.

Arbery was jogging in the Satilla Shores neighborhood just outside Brunswick, Georgia on the morning of February 23 when he was pursued by Gregory McMichael, Travis McMichael and William Bryan in their vehicles. They trapped Arbery, claiming they were making a citizen’s arrest, and then Travis shot him three times—twice in the chest—with a shotgun as Arbery struggled to defend himself, killing him. Glynn County later responded to the scene but did not arrest any of the three men involved. 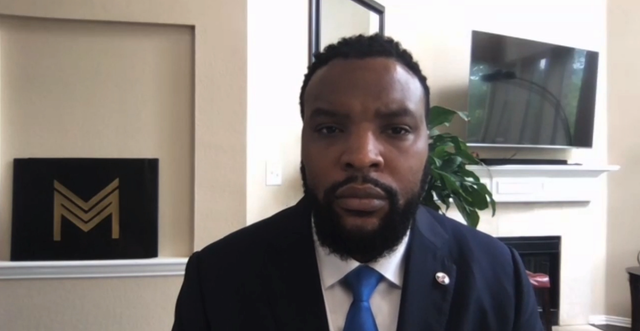 The case went through the offices of three different district attorneys before the GBI stepped in and arrested the McMichaels and Bryan this month. Merritt has described the handling of the case over the past three months as a “conspiracy” on the part of police and prosecutors in Glynn County and has stated that the FBI is investigating the potential criminal actions of the district attorneys and officers involved.

The WSWS asked Merritt to clarify the history of the case and roles that the various district attorneys’ offices played over the 74-day period between the killing of Arbery and the arrest of the McMichaels. He explained that the first district attorney, Jackie Johnson, voluntarily recused herself, “but only after she refused to make an arrest in the case.” He also related that, according to local city council commissioners, she actually instructed law enforcement officers not to make any arrests.

Regarding George Barnhill, the second DA to be assigned to the case, Merritt told the WSWS that he did not voluntarily recuse himself until Ahmaud Arbery’s mother, Wanda Cooper, discovered direct conflicts involving his son. She found that Barnhill’s son not only worked in the same office as Gregory McMichael, who was a retired police officer and investigator, but was also close personal friends with him.

According to Merritt, “He then voluntarily recused himself but only after creating a document—a memo—that laid out all the possible defenses for the McMichaels. This tainted the jury pool in the region and likely tainted the prosecutorial pool as well.” In this letter, Barnhill concluded that the manhunt and killing of Arbery were “perfectly legal” under Georgia law. 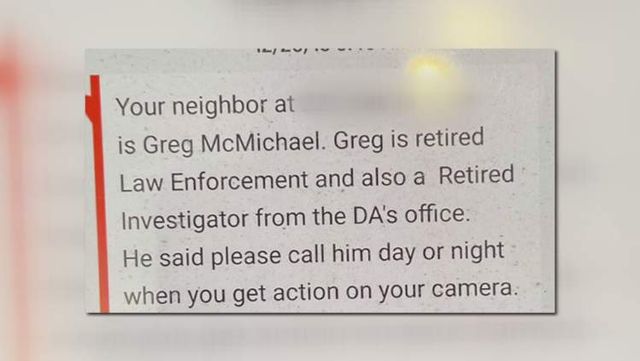 The WSWS asked Merritt whether the self-defense statute or the citizen’s arrest laws in Georgia, which District Attorney George Barnhill used to defend the McMichaels and Bryan, can actually be applied to this case. “Neither of them really applies to the facts of this case. George Barnhill bent the facts in the law in that letter to explain that because Ahmaud Arbery’s family was, and I quote, ‘no stranger to the criminal justice system,’ justice need not apply.”

Merritt also discussed the assignment of a third district attorney, Tom Durden, before the family insisted that the legal apparatus look for a district attorney who was not from South Georgia and was therefore less likely to have the conflicts that these first three DAs held. “The attorney general acquiesced to that request and appointed Joyette Holmes, who we are confident can neutrally, fairly, and vigorously prosecute this case.”

Earlier this week, Merritt told reporters that federal investigators may make more arrests in this case. When the WSWS asked him to explain who may be arrested and on what grounds, he explained that district attorneys involved in this case are being investigated for “criminal corruption” charges.

“The facts and circumstances surrounding their actions in delaying justice to Ahmaud Arbery’s family is a criminal consideration of the FBI right now, so there is a possibility that either Jackie Johnson or George Barnhill could face criminal prosecution and additional charges.”

Merritt also spoke of another piece of evidence that has come to light during the investigation thus far, which could result in an arrest, noting “There was a text message originating from a law enforcement officer that set the wheels into motion for the eventual manhunt of Ahmaud that resulted in his murder.” Merritt explained that there could be criminal liability for Robert Rash, the officer who sent the text message.

The text message in question was sent on December 20, 2019 from Rash to Larry English, the owner of the construction site where Arbery stopped on the day of the murder. The text message reads: “Greg is retired Law Enforcement and also a Retired Investigator from the DA’s office. He said to please call him day or night when you get action on your camera.” The text message also included McMichael’s address and phone number.

Beth Graddy, English’s attorney, told reporters that this suggests that Gregory McMichael was deputized prior to Arbery’s murder. “I think the Glynn County Police Department cloaked Greg McMichael with authority to enforce the law, and that is a tremendous amount of power to place in the hands of a private citizen.”

Lou Dekman, the chief of police in LaGrange, Georgia, and past president of the International Association of Chiefs of Police, told News4Jax I-TEAM reporters that the type of request made by Rash is dangerous. “Police chiefs, departments, and law enforcement agencies… make decisions about the allocation of resources based on calls for service. So, if we’re not getting those calls, we’re not responding to them, and we’re not documenting them.”

The WSWS also asked Merritt to comment on the circulation of videos online showing Arbery’s previous run-ins with local police and whether these could be used to assassinate his character. “If previous run-ins with the law are used to argue that Ahmaud Arbery was more likely than not to have been a criminal suspect on the day that he was killed, that would be an inadmissible legal argument because in the rules of evidence you cannot use propensity to impute criminality.”

Merritt related to the WSWS that similar requests for records concerning the McMichaels and corruption within the Glynn County Police Department have been denied or delayed.

The WSWS also asked how the events of the past weeks have affected Arbery’s family and friends.

“That entire community is devastated,” Merritt noted. “If you match that with a new murder almost every week in the United States and a new atrocity being revealed as people’s attention is returning back to the state of the American criminal justice system…it causes a heavy burden on entire communities, especially those directly impacted by violence. That’s why we called the murder of Ahmaud Arbery a ‘lynching’ from the beginning. They caught it on video, and that video is spreading across the world and sending shock waves and terror waves into entire communities.”